Bertolli Meal Soups To the Rescue

Posted by HelloThere on February 12, 2012
It was a long day filled with family fun. 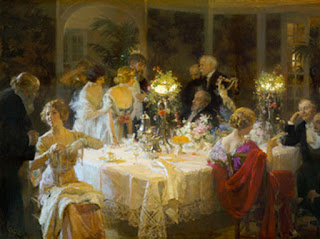 We had spent the day together playing and after coming home and hanging up coats, neatly putting the shoes on the shoe rack by the door to dry off from the snow, and setting the table, we all sat down for a wonderful family dinner to recount the amazingly fun day we all had together. Since the kids are all getting older now we don't always get a chance to have a day together like this.

At least that is how it was supposed to work.

What really happened was a long fun day of playing together, returning home (exhausted), throwing coats on the couch and tromping snow through the house. Everyone was really tired and Very hungry. Around my house when people get hungry they get a little grumpy. It's what my Italian aunty Maria calls “Mahn-jar-ey” which in italian translates “To Eat” but in our house means being grumpy because you are hungry. 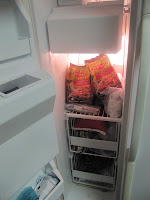 So, I snapped at the kids, as nicely as I could, to set the table. We WERE going to have a family dinner.


Fortunately, we had been invited to participate in the Bertolli Weeknight Special Meal Challenge and we had two bags of Bertolli in the freezer. 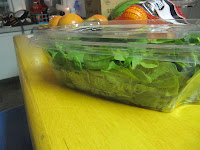 It was 5:45 when we started to make dinner. We pulled the Bertolli out of the freezer, pulled out a box of spinach from the fridge, cut up some watermelon and started to put everything on the table.

By the time everything was on the table the Bertolli was fully cooked and making its way to plates. By 6:00pm we were all sitting around the dinner table.

By this time the grumpies had set in with me too because I had pictured this night going an entirely different direction. I was picturing Norman Rockwell but instead was getting Jackson Pollock. So, after saying grace and serving up the food I went back into the kitchen to slowly mix up some more drink mix for the crew so that my grumpiness wouldn't flow over onto the dinner table. While I was in the kitchen something wild happened. I heard laughing coming from the dining room. 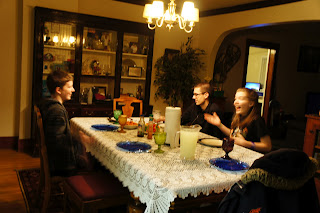 Start to finish, prep time to table, was 15 minutes. Everyone had a nice warm meal in their belly and all was right with the world. Then, because this entire process had literally only taken minutes and everyone was happy again we had time to sit around and debate who had the better disguise – 1960's Robin (of Batman and Robin) or Superman.

Bertolli to the rescue.

~~~~~~~~~~~~~~~~
Our thanks to Bertolli for sending us two coupons to try out their new Frozen Soups / dinners found in the freezer section.  This meal could not have been any easier to prepare and we appreciated the opportunity to have a fun family weeknight meal together on what would have otherwise been swept away by the grumpies.

This weeknight meal story is all true - no names have been changed to protect the innocent.

Bertolli compensated me to participate in the Weeknight Meal Special Challenge. Join Bertolli on Facebook or Twitter with hashtag: #BertolliMealSoup.