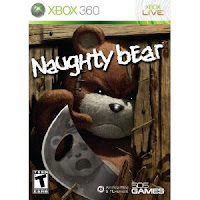 Many parents worry about the video games their kids are playing but they don't always know what to do about it. The packaging on the game may look ok but the game may be super violent.  And the opposite is true too.  The game may look horrid to a parent but actually have some great value.

What's a parent to do?

For our family the answer has been to follow the ESRB rating system.

We have always followed ESRB guidelines here at our house and my kids rely on other parents following those guidelines as well.  The kids waited until they were older to shoot zombies and it's no fun for them to be playing along with some underage noob who shouldn't be on the game in the first place.

One of the big questions I get from parents is about when they aren't there.  How do we keep our kids from just going out and buying an M-rated game themselves?

KUDOS to the ESRB and GAME RETAILERS

Here is the big news and big Kudos for the ESRB. A recent FTC survey found that video game retailers enforcement of ESRB ratings surpassed that of movies and music.  READ THE FTC REPORT HERE. This is a really interesting report - check it out!

When I was telling my kids about the FTC report they said "EXACTLY! Parents complain about their kids playing violent video games when really all they have to do is stop buying the games for their kids".

Next time you are at Best Buy, GameStop, Kmart, Target, or Toys R Us be sure and tell them how much you appreciate their part in helping out parents.

The ESRB has gone mobile.

The ESRB app is really cool.  Download the app to your smartphone and never bring home the wrong game again.  When your kid comes up to you at the store and tells you that they want a certain game then all you have to do is just say the name of the game and the app will pull up more information about that game than you really probably even need.

Tonight I will be part of a Twitter party with the ESRB and Family Friendly Video Games @FmlyFrndlyVdGms to help answer questions and make it even easier.


Join us Thursday February 23rd at 9pm EST for the #ESRB Twitter party and RSVP HERE for some cool prizes.  If you miss the party you can always go to Twitter and search the hashtag #ESRB or send me a tweet - CLICK HERE - I love talking about video games in 140 characters or less.

* My older boys tested out Naughty Bear and reported back to me that it really is one of the more violent games they have played.  The ESRB rating of T is fair but it is a mature T in their perspective.