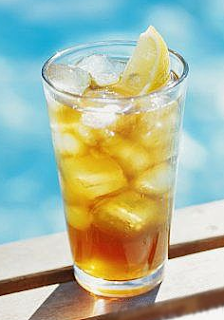 
It has been fun investigating the origin of this particular celebration because I adore Iced Tea.  My particular favorite variety is the "Arnold Palmer".  You can make your own Arnold Palmer's at home this summer by mixing one part iced tea to one part lemonade.  Apparently, if you add vodka to this concoction it becomes a John Daly.


There are plenty of websites out there that will tell you that the term and the drink "Iced Tea" were invented in St. Louis at the World's Fair in 1904.  There are also a number of citations of tea being served cold before then  and so can St. Louis really claim the title of discovering Iced Tea?


Here are some interesting links about the evolution of Iced Tea along with some great recipes for Sweet Tea: 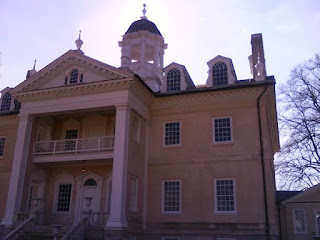 In 2009 we visited the Hampton National Historic Site in Baltimore Maryland.  This is a picture of the main house.  You can just imagine the parties they would have here.  In the summer it gets pretty hot and muggy in Baltimore and so they would definitely want to serve their guests something cold to drink.  This was all before refrigerators and electricity. 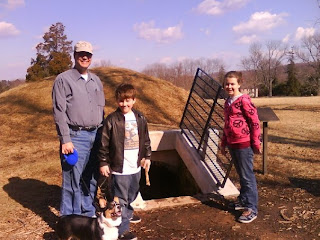 This was really pretty cool - this was their freezer.  It was located just outside the main house.  The opening led to some steep stairs that went to a hole in the ground that went down 36 feet. There was a trap door on the other side of the mound in this picture where they would toss ice from the river in the winter and have ice for their parties in the summer. 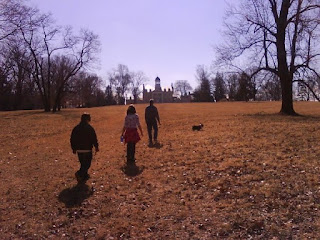 While it seems clear that Iced Tea was around before the 1904 World's Fair it may be fair to say that the term "Iced Tea" was popularized at the fair.  Before that time, ice was a luxury and so while people may have been drinking Sweet tea that was allowed to cool down and served "cold" it wasn't popularly referred to as Iced Tea until after the World's Fair.

Just goes to show you - it's all about branding and starting a meme.