There is no age limit on California Summer Fun


How does a busy mom of four little kids plan a family vacation that is fun for everyone? (Including Mom and Dad?) Answer: Call in the recruits. 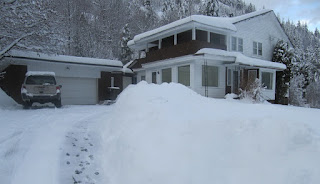 Our four kids were between the ages of one and eight when we had a chance to take a summer vacation to sunny southern California (Los Angeles) where my husband had a business meeting scheduled. The idea of getting out of our mountain home where the snow had just recently melted and go somewhere warm with the kids was dreamy. But the coordination and tactical planning of taking all the kids was also a little exhausting. Two of the kids were still in diapers and the older two were just big enough to carry their own stuff but not much more.

This was pre-Travelingmom.com days, and so I got on the phone with my Mom, who lives a state away, for a little moral support and perhaps even some traveling tips. She had always planned amazing family vacations when I was a kid and she always made the most difficult navigational challenges look easy. Within an hour I got a call from my younger brothers. One brother lives in Arizona and the other was living in Oregon at the time. They had heard from my Mom who thought I was a little nuts to take 4 little kids to L.A. when my hubby would be tied up in meetings most of the time while we were there.

The Arizona brother called and asked if we wouldn't mind him tagging along. He thought it would be fun to jump in his car and drive over to L.A. for the weekend. My other brother was scheduled to babysit our cousin for the weekend in Portland but had tons of unused airline miles and so asked my Auntie if he could use his miles to fly the cousin to L.A. with him for the weekend and babysit her there. 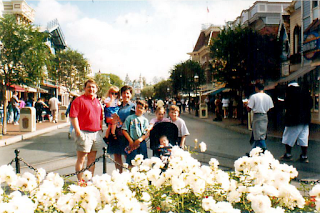 It was almost too easy. My husband and I arrived on Thursday with the four little kids and checked into the hotel. Friday we played by the pool and met my brothers and the cousin later on in the afternoon when they arrived in town. The next morning, my hubby headed off to his meetings and my two brothers and the five kids made our way to Disneyland.

Three adults to five kids at Disneyland is a very good ratio. My youngest brother had done enough babysitting to know that the very first thing we should do was to feed the kids. This turned out to be one of the best moves of the day. Our first stop was a little restaurant in the park to get Mickey Mouse pancakes. From that point on the kids were ready to run through the park, visiting with all the different Princesses and explore the Swiss Family Robinson tree house.

The next day we went to UniversalStudios where the kids were able to see the flying Delorian and the clock tower from the movie Back to the Future which is one of our most favorite family films of all time.

This was a fantastic weekend adventure not only because we visited theme parks and had the company of my brothers and our cousin along with us, but also because I was able to relax and enjoy myself too. We didn't “see it all” or “do it all” while we were there but everyone had a great time. Calling in the recruits made this getaway even more fun. It's not always easy to get extended family together but LAX airport has so many direct flights from everywhere making Southern California a perfect central meeting point for an absolutely outstanding long weekend getaway. 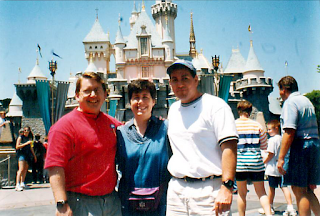 When we got the pictures back and were talking about the weekend we realized it was the very first time my brothers and I had all been to Disneyland together. In all of our adventures, over all those years, that was one theme park we had not been to together. We had been to Disneyworld but never Disneyland. Even as grown up kids with little kids in tow we had a great time together. It just goes to show, there is no age limit on a family vacation to a theme park.

Also, if you are planning a trip to a theme park this summer be sure and check out the TravelingMom.com website for some awesome tips on getting to the front of the line and where the best rides are for all ages.