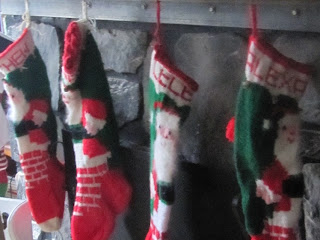 Halloween is the real kick-off of the holiday season. From here we move right into Thanksgiving, then straight on to Christmas and wrap it all up with New Years Eve. The smell of dill still brings me back to my Grandmothers kitchen. I would sit on the little stool tucked next to the sink and she would open a jar of her famous dill pickles and I would get to have one of those while she cooked the Thanksgiving dinner. We would go out on a long hike with my Grandfather (years later I found out this was a tradition that was started to get all the kids out of the house so Grandma Bobby could cook in peace) and we would come back to an amazing dinner followed by family games.

When I got married I was excited to bring my husband back to my childhood home for our traditional Christmas celebration. We would sit on the steps in the hallway in the morning (like I had done every Christmas before then) and wait for the grownups to get their coffee before running into the living room to see if Santa had stopped by our house. But on that first Christmas that Tom and I were married my folks decided to break from tradition and go to Hawaii. So, they sent us two Christmas stockings with a bottle of champagne in each stocking and a little note to have a wonderful day. We did.

A few years later we were celebrating Christmas with our first born and I was excited to replicate all the excitement and the joy of the season that I remembered. We made cookies, we went to church, we hung the stockings, and on Christmas day we opened presents. One of the gifts I received was a Lanz flannel jammies. My darling little baby crawled over, wrapped himself up in the flannel and went to sleep. It was clear at that point that our traditions would be driven by what our kids wanted to do too.

Jumping ahead another 12 years or so we were on our way to establishing our family holiday traditions. The new traditions seemed to be a nice blend between favorite memories from my childhood, those of my husband, all mixed together with input from the kids. So as Christmas Eve drew closer I was working at ensuring that every tradition was perfectly blended and carried on for another year. But this year two of the kids were in a Christmas pageant, relatives were visiting, and there seemed to be an unusual amount of last minute shopping that needed to be done. So, in a weak moment I ordered pizza just to make sure that our little shepherds didn't start growling at the row of angels because they were so hungry. 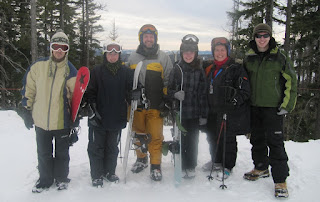 We made it through that holiday season just fine but then the following year we were putting together all the plans for Christmas Eve and the kids announced “We have to order pizza for Christmas Eve! It's tradition”.

Now every Christmas Eve we all gather around the holiday table for the traditional Christmas Eve pizza and we open a few gifts. The next day we wake up early, check to see if Santa came to the house, and then don our winter gear and head outside for a day of family fun together. That is our new family tradition.

Yes Virginia, sometimes even traditions have to adapt to the changing times.

This post was inspired and sponsored by Sony and the Travelingmom.com Holiday Traditions Twitter party on Monday November 5. Join us by using the party hashtag #TMOM and RSVP HERE  for a chance to win a really cool prize by Sony.

The #TMOM Twitter party will focus on holiday traditions and moving into the new while still appreciating the old, which melds perfectly with Sony's campaign to get kids to write old-fashioned letters to Santa, but deliver them in the new fashioned way.