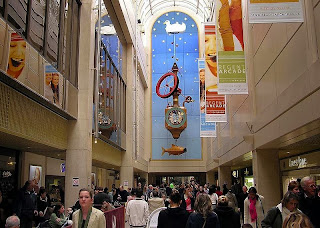 This is another reason why I adore the Travelingmom gift guide.  It has some excellent ideas for great gifts that still allow you to travel light.  CHECK IT OUT.
A place for our stuff Black Friday George Carlin holiday shopping stuff