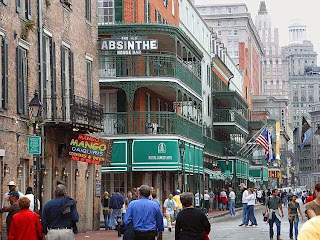 Today we celebrate the birth of John Kennedy Toole, american author of one of my all time favorite books.

I found this book in my 20's and even though I had never been to New Orleans the first time I read this book I felt like I had visited there after reading Confederacy of Dunces.

One of the things I loved most about this book was the word choices. Even though I was an English major in college and had read hundreds, maybe thousands, of books at this point, it seemed like I was looking up words I had never seen before in every chapter.  This may seem like a distraction to reading the book and chopping up the story but it was actually part of the experience that I loved.  When I stumbled through a sentence that had a word that was unknown to me I would pick up the dictionary and read the full definition of that new word.  After reading through the definition and putting this word in context with the story I couldn't help but smile.  John Kennedy Toole had a way of finding the perfect word.  It was delicious. This book was like no other book I had read up to this point.  The use of these perfect words seemed very Shakespearean.  But it was even better. Shakespeare used great words that often had double meanings but even the double meaning told a story.  The only problem is that we don't live in Shakespearean times and some of the writing is extremely difficult to read and understand.  But in Confederacy of Dunces the language is simple and at the same time perfect.

My mom selected this book as her bookclub selection for 2013 and when it was her month the girls all met at her house and they had one of the most raucous discussions they had ever had.  A scene in the book where Ignatius goes to the movie theatre created a particularly funny moment.  Mom prepared white wine cake (as described in the book) from a recipe off the Women Who Wine website and served movie popcorn and other book related treats.  It was a blast.

There are so many facets to the story of John Kennedy Toole's life that are interesting and so many discussion topics that could be explored from the book.  But I'll let you discover that for yourself.  Ignatius is a protagonist like you have never met before.  So pick up a copy on Amazon or at the library and enjoy the adventure through New Orleans in the 1960's.

During his lifetime John Kennedy Toole was never fully accepted for the genius that he was.  He faced harsh criticism from people who didn't understand his kind of humor.  This led to depression and ultimately he took his own life when he was just a little over 30.

So today, December 17th, his birthday, it's a good day to remember to be kind to people - even those we may not understand.  We can't really even imagine what genius stories would have been written later in his life if he had encountered some kindness in his life that may have made the difference. We'll never know.
Labels: Confederacy of Dunces December 17th Ignatius John Kennedy Toole New Orleans satire