Countdown to Comic-Con: 8 days to Go

Posted by HelloThere on July 15, 2014
Or a Con by any other name would smell as sweet? 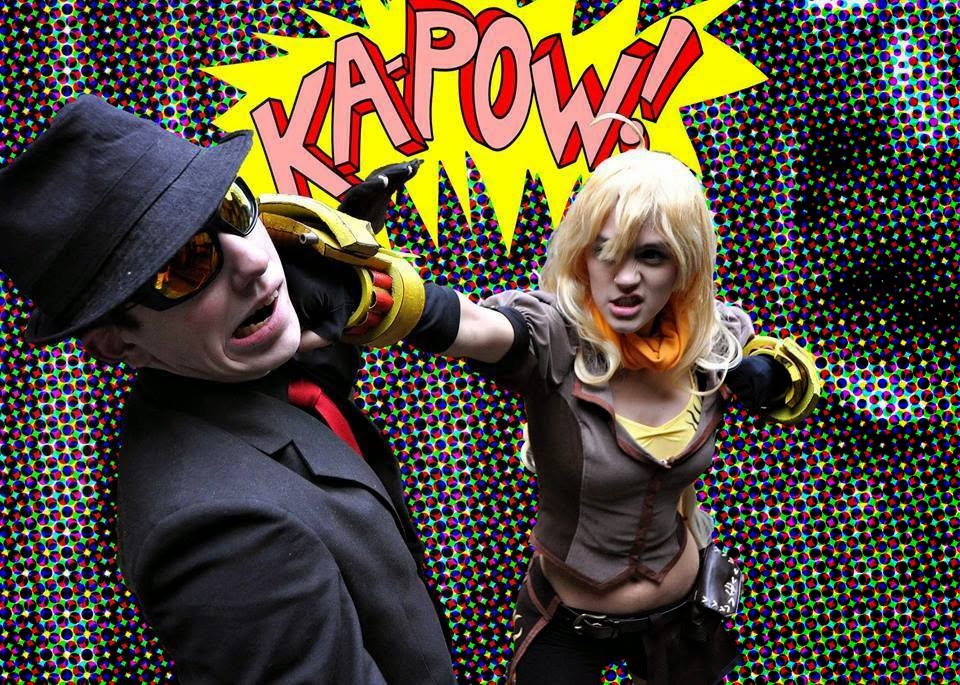 Yes. Excited. Just a little over a week and we'll be in San Diego for the Mother of all Cons.  Comic-Con International!

And there is plenty of buzz about this Con.

But there are lots of conferences to choose from.  At this last years Rose City Comic Con there was a long line near the entry.  As our crew stood there ready and waiting to get in they were wondering what was up with all of the Veggie Cosplayers but then it turned out there were two conferences going on. Comic-Con and VegFest going on side by side.  That explained all of the Carrots roaming the halls of the conference center.

This week the conference getting huge (infamous) buzz is DashCon.

This conference promised to be the largest gathering of Tumblr fans to date.  The website was lovely and convincing.  An IndiGoGo fundraiser provided the start up funds to make this event happen.  But then... something went south.  More funds were needed to make it happen.  Promises were made. Promises were broken.  And those who donated funds to make this all come together ended up in a ball pit.

To get a really great review of what went wrong with DashCon read Emily Whitten's investigative report.

This past December our 15 year old asked if he could go to RTX this summer.  My immediate response was going to be NO.  It would be very expensive to get there and it was held over 4th of July weekend.  But after a short conversation it was clear this was very important to him and so my hubby said "Well, what is your plan?  How are you going to get there and how are you going to pay for this?" It was not a No (like would have been my response) but it also didn't seem like a yes because coming up with airfare and hotel expenses and then figuring out the logistics seemed to us (the parents) as though this would be daunting to a high school sophomore.  That was Friday.  On Sunday evening our kiddo came back to us and showed us the eBay sales he had completed to pay for the airfare and his plan to take his 24 year old brother with him. He would have to work the next 6 months to cover the rest of the expenses but he did have a plan.  And he did make it happen.  When he returned and all the expenses had been tallied I asked him if he would want to do that again and his immediate response was YES!

That is the thing about Comic-Con, PAX, RTX.  The return on investment is more about being part of something that is bigger than yourselves and making sense of the world we live in.  On any other day of the year your co-workers might suggest you go home and change if you showed up in full Batman regalia.  But at Comic-Con you will see so many batman cosplayers you will probably loose count.  For many of us, we spend our day to day lives feeling a little out of place.  We don't fully fit in our conventional neighborhoods and we retreat to our gadgets to connect with people who we don't actually know but who seem to share like interests.  At a Comic-Con you are surrounded by geeks who are equally into (or even absurdly beyond into) the fandoms you love.


So go ahead and be unironically enthusiastic about stuff.  Just make sure the Con you are going to is legit.